Is the Human Specie Predominately Monogamous?

Is the human species predominately monogamous?

I know the hot gist of DNA testing and infidelity in women that was a fallout of the banker wife who was insinuated to have caused her husband's death after telling him he isn't the father of her children is going cold. However, the after effect lingers on severely. While many people have said a thing or two on this issue, I wanted to dig deep and explore the concept of monogamy, infidelity and affairs.

As a couples therapist with an extra speciality in treating affairs and trauma in relationships, I know that affairs form a significant part of many marriages' issues, but are affairs that rampant and are we predominately monogamous or polygamous people. What does the science say?

So someone can be in social monogamy but not be sexually monogamous. He or she pairs up with a mate and raises children but still have flings. So a cheating husband who detours for a romantic romp yet returns home in time to tuck in the kids at night would be considered socially monogamous. This same man may be reproductively monogamous if he never fathers any child/children outside of his paired mate or mates in a serially monogamous relationship. In contrast, a husband who marries and has sex with only his wife for the rest of his life is sexually monogamous.

United Nations World Fertility Report (2003) lets us know that 89% of all people get married by the age of 49. This means that 89% of people pair with one partner by the age of 49, showing that social monogamy is overwhelmingly the norm in our species.

In humans, extra-pair paternity studies done in six cultures (USA, France, Switzerland, UK, Mexico, and the Yanomamo Indians) and two review papers reviewing 28 studies found 96 to 98% genetic monogamy. However, this rate seems to be lowered in a few Asia countries such as Thailand. This data also shows that genetic monogamy is overwhelmingly the norm in our species. (I sincerely wished there is data for Nigeria and the African continent.)

The data on sexual non-monogamy is far more mixed and not reflective of the general population. For example, no public data checking across cultures or countries. Although using the USA rates from convenience sampling, the rate varies from 15 to 43% of men and 10 to 15% of women being sexually unfaithful throughout their marriages. In one study of 50 pre-industrial cultures, there was no significant difference between men and women in the amount of sexual infidelity. The general indication is that majority of men and women remain sexually monogamous.

The jury is still out on this though, I guess.

Polygamy is rare around the world and actually confined to a few regions - Asia and Africa. Only 2% of the world population live in polygamous homes. However, Sub-Saharan African has an average of 11%, with Burkina Faso having the highest percentage at 36% and Nigeria been 28%. 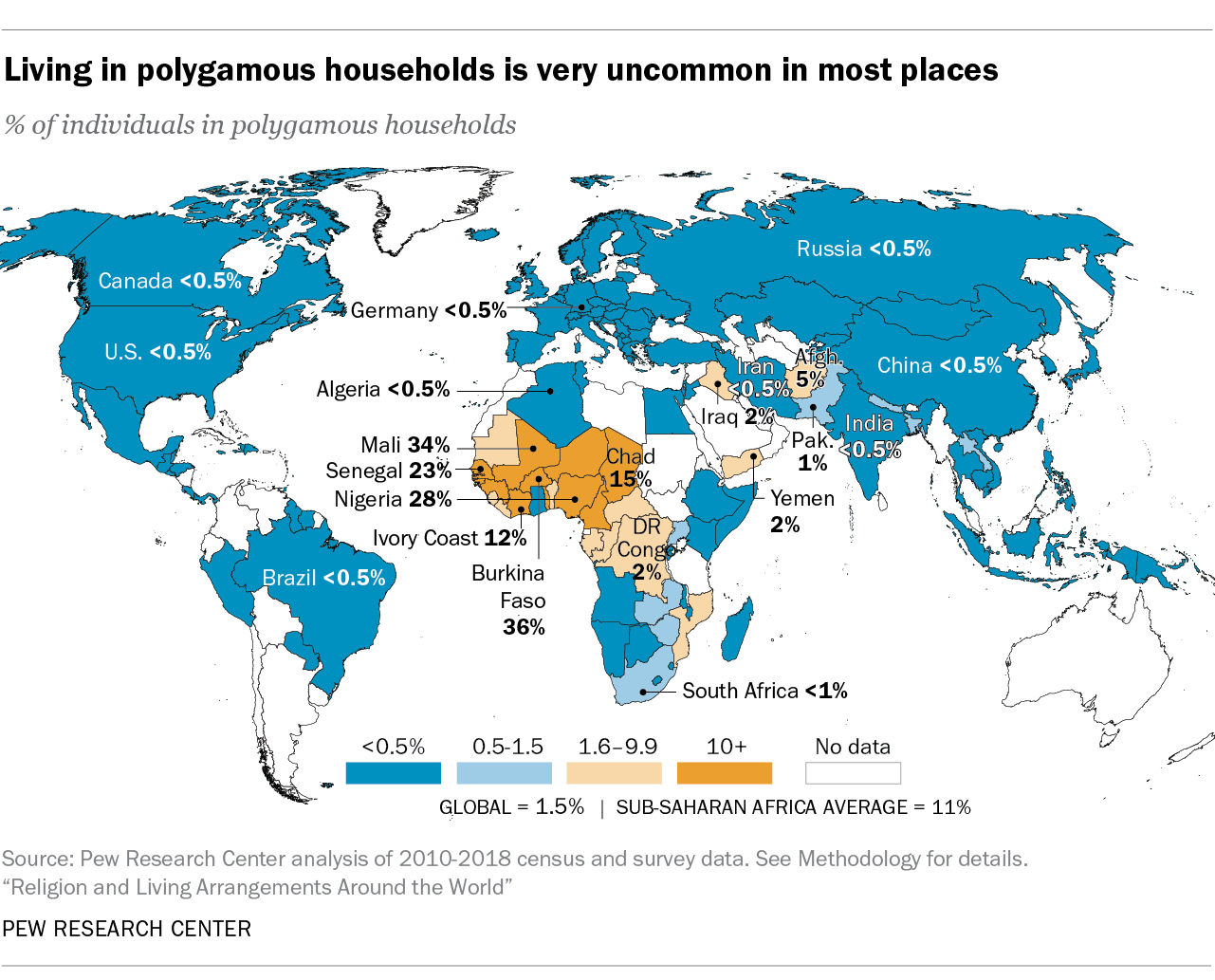 Although scientists agree that classifying humans as monogamous or polygamous is difficult, the evidence shows that we are overwhelmingly a monogamous specie. And although we are overwhelmingly a monogamous specie, affair and infidelity still happen. What constitutes an Affair? What are the science-based advantages of Committed Social and Sexual Monogamy? Are some people genetically promiscuous? Why do individuals intentionally or unintentionally ruin their relationships? And other questions will be answered in other parts of these series. Watch out!

Interesting read, interesting discovery. All round monogamy just saves one of unnecessary stress IMO! Fingers crossed for next read!

Wished it would be that easy for some partners though.

A penetrating, succinct, precise and expository article. It's so revealing I wish it didn't end. I'm really eager to explore the next article.

Monogamous relatioships are for westerners, not for us africans. So keep to your culture and we'll keep ours

This write is an eye open an educates on social relationships that prevail in different climes. More interesting would be a study on marriage peculiarities in African societies. My question however is- is polygny peculiar to Muslims and are there variants of polygny that are known?